10x thinking and why 10x improvement is easier than 10% 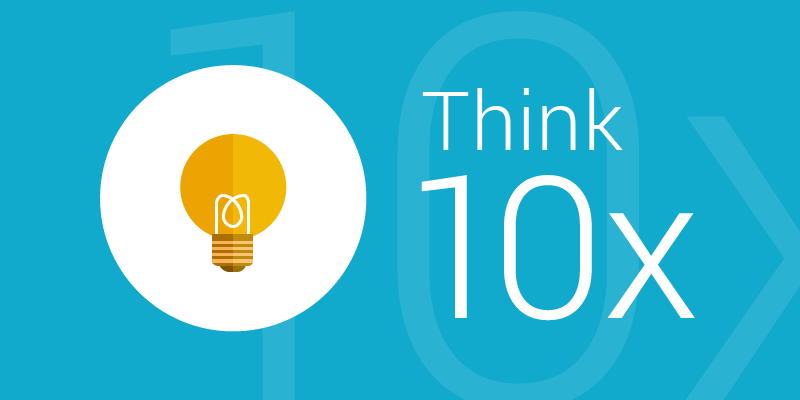 An idea I picked up recently from Larry Page and Google X via the Singularity Crew is the concept of “10x thinking”.

Mostly, when people are trying to improve something, they aim for a 10% improvement. Setting your target at 10% will get a 2% to 5% improvement, if you’re lucky.

The culture that Larry Page has tried to instill in Google is based on 10x thinking, or “how can we create something which is 10 times [1000%] better than the status quo”. With an aim like this, improvements of two to five times suddenly become much more feasible.

The claim is that 10x thinking is actually easier than 10% thinking, because it allows you to start without the legacies and assumptions of the status quo, a blank slate where anything’s possible.

In conclusion, create a discipline of looking for 10x improvements in the things around you, the results could be quite surprising.

Comments 0
There are currently no comments.